You may be able to advertise in facebook groups very soon 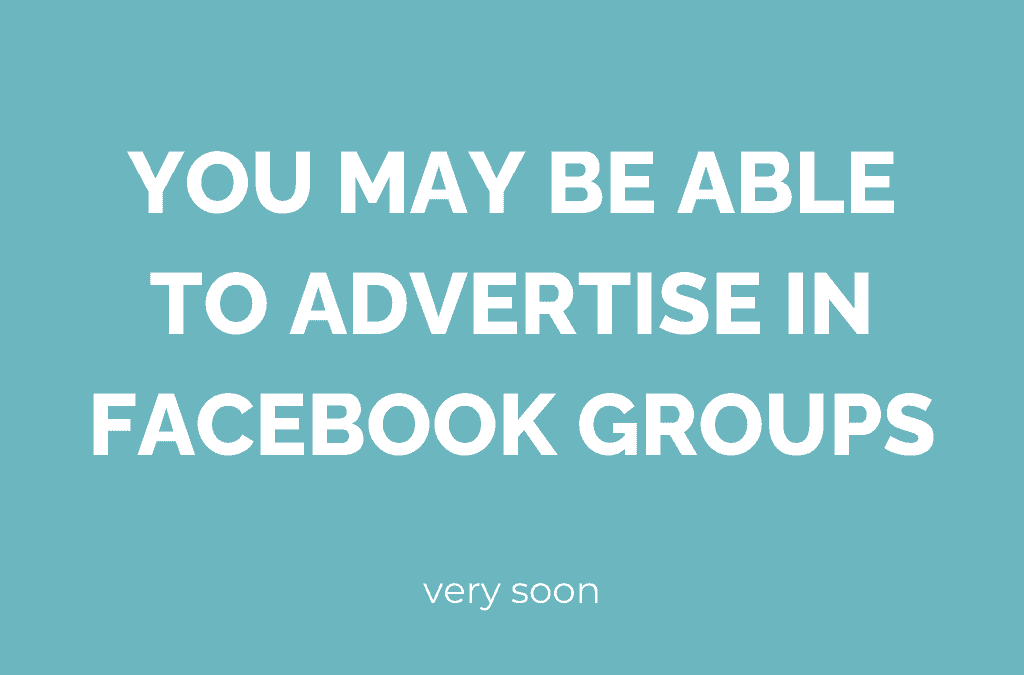 Facebook has already confirmed that it will reach maximum ad load (the maximum allowable ratio of paid to organic content in a Facebook user’s feed) in mid-2017.  When they get there it could very well mean the company may not accept any more new ads from businesses.

However they have confirmed that they have started testing ads in Groups.

Facebook Groups now have around one billion users and even has its own standalone app making it easy for Admins of community, professional, buy & sell and hobby Groups to manage posts on a daily basis.

The tests are only being carried out in New Zealand, Australia, Canada and Ireland at the moment but I suspect it won’t be very long before it’s rolled out world wide (presumably so they don’t lose any revenue from standard ads!).

Apparently the ads will appear in Group news feeds much the same way as they do now for ads you see in your own personal News Feed.

While this is very good news for advertisers (as they’ll be able to target their ads by Group topics therefore reaching huge numbers of people talking about their products) I wonder how Group admins will feel about having their news feed hacked by companies they may not particularly like.

If you’re an admin of a Group I would LOVE to know your thoughts.