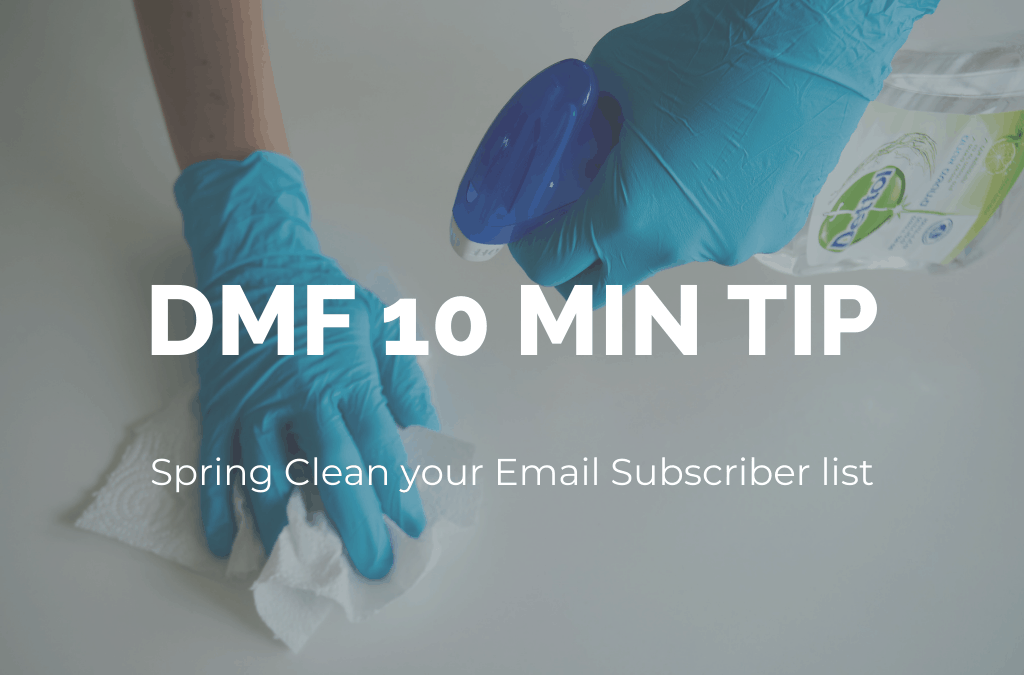 AND WHY IT’S IMPORTANT

Have you ever heard the old saying Quality is better than Quantity??

Spam complaints, emails sitting in inboxes unopened (called inactivity) and bounces (when an email doesn’t actually make it to a subscribers inbox) are tracked by Email Service Providers like Google and Yahoo – and the more of these you get the more likely it is that your carefully crafted email campaign will end up in someone’s spam folder.

So, here’s what you need to do:

UNSUBSCRIBE ALL YOUR BOUNCES

There are two types of bounces in email marketing – hard (when an email isn’t delivered for a permanent reason such as a typo in the email address or the domain doesn’t exist) and a soft (a temporary reason such as a person’s inbox is full).

Hard bounces will NEVER get to a real person so unsubscribe these peeps straight away!

Soft bounces “may” get there (but it’s really quite unlikely) so if they’ve bounced on your last two or three campaigns you can safely remove these as well.

Do you have subscribers on your list who NEVER open your emails?  We bet you have!

This will impact the deliverability of your emails to active, engaged subscribers so you want to try and get them interested in you again.  This is called a re-engagement campaign.

Segment your list to make a group of subscribers who haven’t had any activity for X number of days, weeks or months (depending on how often you email them) and send them an email (or a series of them) with SUPER catchy subject lines or time sensitive ones to get them to re-open and interact with your emails.

If they unsubscribe that’s fine (they wern’t active in the first place anyway!) and if they haven’t opened any of the emails in the re-engagement campaign it’s safe for you to unsubscribe them.